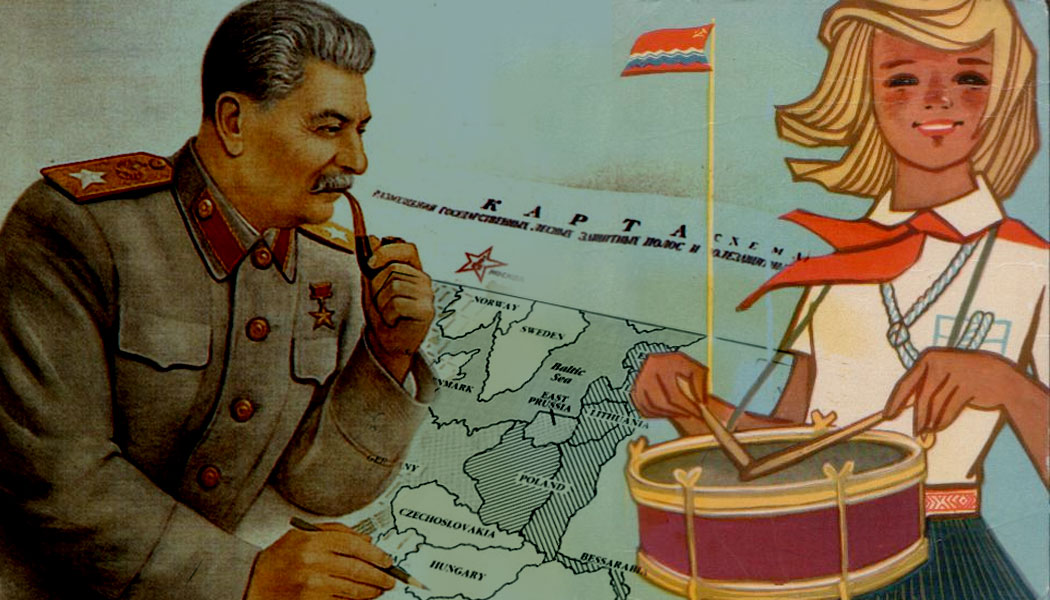 New polls show that the share of Russians who would like to go “back to the USSR” is at its highest levels over the last 15 years, a development many find troubling because it will make the future evolution of Russia toward a normal state far more difficult. But Kseniya Kirillova points out that it entails even greater threats than that.

In a commentary for Radio Svoboda, the US-based Russian journalist argues that the foreign policy consequences are both far more immediate and dangerous than those for the domestic situation of the Russian Federation and calls on both Russians and others to reflect on that dangerous reality (svoboda.org/a/29689276.html).

“The idealized image of the Soviet past is” in addition to everything else “a justification of the militarist hysteria, imperial complexes and a surrogate of ‘the ideal future’ to which Russia is seeking but which numerous foreign and internal ‘enemies’ are not allowing it to achieve,” Kirillova argues.

“This myth,” she continues, “is used as a counterbalance to a second myth, the myth about ‘the global catastrophe, the virtual hell in which Russia will avoidably be dragged if ‘the West gets the upper hand.’ Russian TV generously shows pictures of chaos and marauders on the street, poverty, falling bombs, dead children and the destruction of homes.”

In this, “the US is presented as the absolute evil and the sponsor of international terrorism.”

According to Kirillova, “the human psyche is so constructed that even the most horrific virtual constructions seem pale in comparison to wretched reality. And paradoxically even in peace time, with its declining standard of living, lack of confidence and uncertainty about tomorrow, psychologically this often seems more unbearable.”

New polls show that the share of Russians who would like to go “back to the USSR” is at its highest levels over the last 15 years,

Russians from backwoods areas have often told her, Kirillova says, that “’better war than such a life.’”  But even those who believe that the West is the only aggressor no longer feel put off as they did a few years ago by the idea that a war against it would be better “than unending expectations of a horrific end.”

Even those Russians who aren’t prepared to fight a war on behalf of the current state of their country may be prepared to do so for “a semi-mythological image of the USSR as an ideal to which present-day Russia is striving.” Thus, the Kremlin-promoted nostalgia for the Soviet past opens the way to war. At the very least, it makes it far more possible.

In this situation, Kirillova says, “it is difficult to predict how quickly the refrigerator will gain the upper hand over this set of illusions. However, sooner or later the Russian citizen will come up against the fact that the powers do not intend to lead society into ‘a Soviet paradise.’” Instead, the current regime is ready to spend its reserves on war.”

And that war, despite all Moscow’s propaganda, will be started not by the West as Russian government propaganda says but “exclusively” by the Kremlin itself.

Originally published at Window on Eurasia