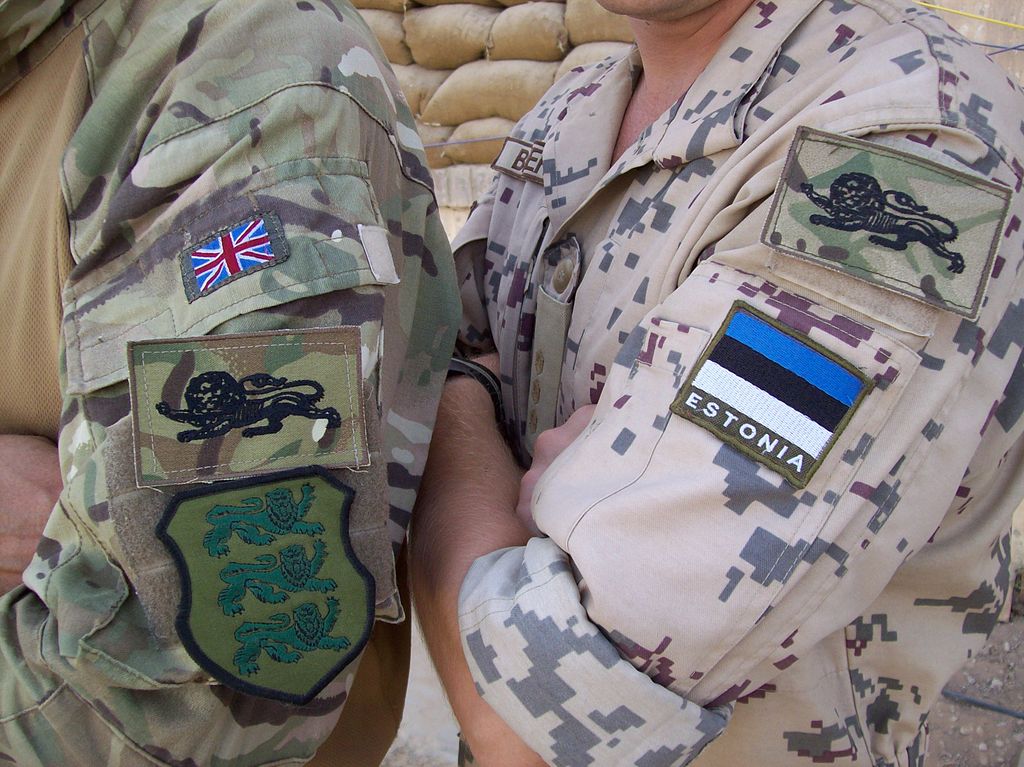 In the stream of Russian snap drills that have come to be part of the ”new normal”, news broke last week of a more surprising snap exercise, held by Kaitsevägi, the Estonian Defence Forces. In a surprise move, Estonia has launched an unannounced exercise involving the whole standing army made up of two infantry brigades, the aptly named 1. and 2. Jalaväebrigaad (est. infantry brigade). The exercise does not include calling up reservists.

What is truly astonishing is the rapid expansion undertaken by the Estonian Defence Forces as a whole. Before the Russian invasion of Crimea the Estonian army consisted of a single light infantry brigade, featuring wheeled transports in the form of the Patria (Sisu) XA-180EST and XA-188 APC as the only vehicles with any kind of armour protection, and while a nice long-term expansion plan had been drawn up already in 2007, little of this had materialised. The Estonian army was a professional force with ample experience from deployments in Afghanistan and Iraq, as well as UN missions, but it was woefully undersized and lacked key weapons systems and capabilities to be able to defend its homeland from an aggression by a modern mechanized force.

However, everything changed with the Russian invasion of Ukraine, and a number of planned procurements shifted into high gear. These included the acquisition of surplus CV9035NL infantry fighting vehicles from the Netherlands (also source of the earlier XA-188) and modern Javelin anti-tank missiles, which have been positively transformed the Estonian 1st Jalaväebrigaad into a (light) mechanised brigade. Recent delivery of the first Mistral M3 short-range air defence missiles, which when connected with Saab Giraffe radars, provide a significant boost to the integral air defence capability of the 1st Brigade.

The number of Estonians serving in the military have also grown, with the Kaitseliit (volunteer Defence League, roughly corresponding to the National Guard) receiving a record number of applicants in 2015, and crucially the 2nd Jalaväebrigaad being activated in 2014. The brigade might be young, but it traces its roots back to the Estonian War of Independence and the Julius Kuperjanov Partisan Battalion (est. Ülemleitnant Kuperjanovi partisanide pataljon). With the 1st  Brigade being formed around the capital of Tallinn in the northern parts of the country, the new brigade is situated in the south-eastern parts of the country, proudly wearing the arms of Livonia and colours of the city of Tartu, opposite the border of Pskov and the Russian 76th Guards Air Assault Division.

Even more importantly, the army has stepped up its training regime, both in size and in complexity. The annual spring exercise of 2014, Kevadtorm 2014, was the largest held in the country up to that date, but was surpassed by the corresponding Siil 2015 exercise the following year. Siil 2015 was not only the biggest Estonian exercise to date, but it was also the first time the whole brigade took to the field to practice as a coherent unit, the first time the artillery battalion fired all their guns as a unit, and the exercise ended with the first time the whole brigade stood at attention together in a magnificent lõpurivistus (literally “finishing alignment”). To these can now be added last week’s snap drill, specifically meant to test the ability of the army to respond swiftly to the emergence of a new threat (something one can’t help but feel would be a sorely needed exercise in Finland as well).

While Tallinn might be worried about their eastern neighbour, they are certainly not going to just lay flat in the hope of not provoking the bear. Instead, they are doing the best they can to plug the holes identified in the capabilities of their armed forces. The fact that certain key capabilities, such as air policing, are provided by NATO, means that they seem to be doing quite well with the limited resources they can muster with 2% of the GDP.

The next time anyone tries, Estonia is determined to not give in without a fight.