A lonely dispatch from Estonia’s only feminist.

I never had a sister. I’m told this is why I don’t understand women.

A business group I’m a part of recently organized an event for their female membership: a fashion show. Had they asked me – they didn’t – I would have told them the event would do nothing to help women be taken seriously. I mean, why not have a quilting bee or a pole dancing class?

Given the fact that salaries for Estonian women are 30 percent lower on average than salaries for Estonian men, it seems to me that women ought to exert effort to be taken more seriously. I suggested an alternative event to the business group: Bring in a high-flying salary negotiator to teach Estonian women how to approach their bosses and demand more money. After all, the most-cited reason for women being paid less is the fact that they don’t ask for it. But the idea didn’t get much traction.

Passing through Viru Keskus the other day, I came upon a photo (below) of Estonian state prosecutor Kati Reitsak. It was part of an exhibition of the best press photos of 2015. The caption noted that despite Reitsak’s pleasant appearance, she was actually qualified for her job. In Canada, Justin Trudeau himself would lead the charge to tear down that poster. But in Estonia? Not so much.

A friend puts it this way: “I’ve given up on the argument for equal pay for women in the workplace in Estonia, as I find the people I end up arguing with are mostly women. I think their ideal workplace has women doing all the work except IT support, and a dumb, handsome male boss taking credit for their work, plus flirting with them. Perhaps it’s a part of Estonian femininity that they insist on having a guy to defer to even if he’s incompetent?” 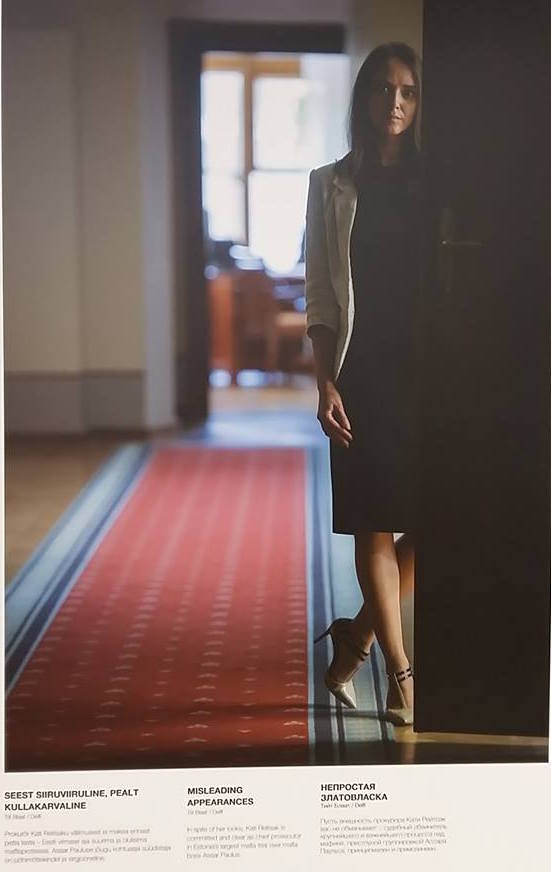