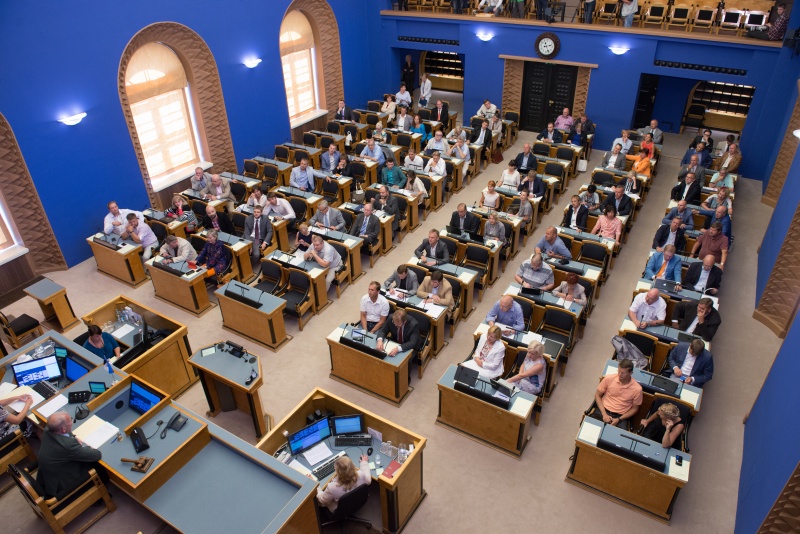 The Estonian Parliament passed a Magnitsky style global human rights amendment Thursday which will allow its government to ban entry into Estonia for anyone who has participated in the abuse of human rights.

Estonian visa and entry bans can, in the future, be placed on individuals where there is credible evidence where that the individual has participated in or helped facilitate the abuse of human rights abroad and those abuses have resulted in the injury or death of an individual.

Finally, we have the ability to ban entry into Estonia, for those types of people who beat Magnitsky to death in jail and those who tortured Yulia Savchenko

Similar human rights legislation, commonly referred to as Magnitsky legislation, has been introduced in United Kingdom and Canada, and a global Magnitsky Act passed the United States Congress last week and is expected to be adopted by The Senate soon.

Sergei Magnitsky was a Russian lawyer who discovered a $230 million tax fraud, orchestrated by Russian officials. Magnitsky was detained an imprisoned without charges after he reported the fraud in 2008. He died in prison in 2009 and an official report cited that Magnitsky had been beaten just before his death.

In 2012, the United States adopted the Magnitsky Act, which allows US officials to place visa bans and asset freezes on Russian officials who have participated in the abuse of human rights in Russia.

“Finally, we have the ability to ban entry into Estonia, for those types of people who beat Magnitsky to death in jail and those who tortured Nadiya  Savchenko,” said Estonian Reform Party MP Eerik-Niiles Kross.

Kross added that “we can only assume that the new government will be ready to apply this new law. It would be odd if Interior Minister, Andres Anvelt, who participated in consultations about the law, dragged out its implementation”